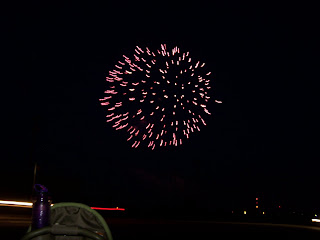 We watched fireworks in Corsicana with my parents, my sister, and her husband. We found a nice spot to watch without it being too loud. We were about a half mile from the spot they were setting them off. The picture doesn’t do justice to how nice they were.

Then today my dad made homemade ice cream. After we ate ice cream, I allowed the kids to run off the energy with water guns. They didn’t quite have enough water guns

so Papa told Ruth she could use the hose. That was almost an issue with Joshua who didn’t think it fair. But once he realized that was the only option he went out and joined the fun. 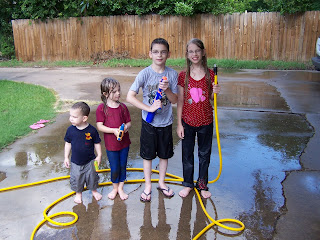