Most people don’t believe that my husband and I ever fight. We’re normally smiling ear to ear no matter where we go.

I don’t want to disappoint you but I need to set the record straight right here and now.

We’re not perfect! There I said it. 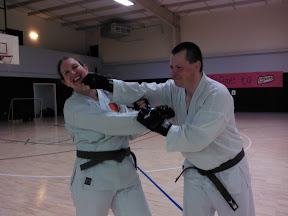 In my last post, 16 Happy Years I mentioned that things weren’t always easy during our 16 years of marriage. We have had our moments of what we called in the early years “interesting discussions”.

I’m going to share one of our first fights interesting discussions with you now.

After I met Scott I got a job at the same grocery store he worked at. He told me later that he thought I was coming there because he was there. The truth was I needed a job and a friend of my mom’s just happened to work there. She set me up for an interview with the manager the very week after I met Scott.

I got the job! I scanned groceries while Scott bagged them. We were fast becoming good friends. We both worked late shifts. I would often wait around for about an hour after I got off to wait for him.

Scott took two months off for the summer to go to Honduras. I spent all my summer’s pay checks on phone calls. Then he came back. Asked me to marry him. All those details you can read in my last post here

Scott then returned to Seminary, and working the evening shift. He would often think about the things he studied in school.

One day in Seminary there was a deep theological discussion of how bad mankind’s sin can be.

That discussion stayed in Scott’s mind the rest of the day. He was ready in season and out of season to give an answer. (2 Timothy 4:2)

This is normally a good thing unless your bride-to-be is not a seminary trained theologian. Then you might just get fireworks.

I was waiting in the back room for Scott to clock out. We were about to leave with several other workers. We saw one of the other employees go into the bakery and steal a cookie. I was shocked!

I asked Scott about it. He said that wasn’t the first time that had happened. Then the lesson they discussed that day kicked in. Just as I was about to say it he said, “Don’t say that you wouldn’t do that.”

I looked at him in disbelief. “I would not steal a cookie!” I said emphatically. Did he think that I was so low that I would do such a thing?

He then told me about the verse in the Bible that talks about how times were so bad that even the most upright and delicate women ate their children. Was I suggesting that I was better than them?

My eyes were as big as saucers at that point as I insisted that I would NOT eat my children.
I’d give my children my own limbs if it came to that.

Poor guy thought I was declaring myself incapable of sin.

Once we got to my home we both decided to listen.

Later I realized that it actually was good to be resolved against doing evil. And so I had a firm determination that I wouldn’t do something that I know is wrong.

Scott explained that in his class they discussed Deuteronomy 28:56-57
and talked about how bad mankind can be under dire situations. I can’t say that I wouldn’t steal a cookie if I was hungry enough.

I admitted that I knew I was capable of doing bad things. But I would never eat my children. To me that verse speaks of how spiritually messed up the people during that time were if their best mothers would stoop so low as to eat their children. 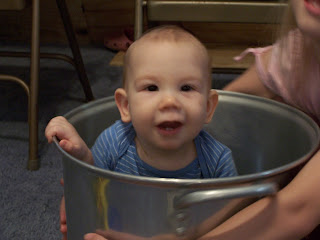 We laugh about it now. Scott even bought a huge pot as a gag gift to me after our firstborn son was born. We used the pot for tamales but the kids sure enjoyed playing in it too.

Have you and your spouse ever had an interesting discussion? How did you finally resolve it?

Next time you have an argument interesting discussion brewing…Listen.