Many people may feel that the topic I am writing on today is not very important. However I feel this may be one of the most important posts.

Your single years are some of the most crucial in your future marriage. This is where you make some of your choices that will effect you for the rest of your life. I realize that some have made bad choices and managed to finally find happiness and commitment after many years of heartache. It did make them stronger.

When I was a young teenager, my dad made one very simple but helpful rule for me and my sister.

A youth worker in our church had a rule for his daughter that she could not date until she was 16. S 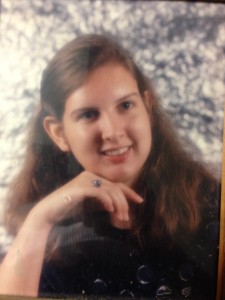 My Dad made it a rule that my sister and I couldn’t date until we were 18. In other words, we don’t start dating until we are old enough to move out.

Do you realize how good that rule was for me? I had the freedom to tell boys, “No. My dad won’t let me.”

I was a socially awkward child and it wasn’t until High School that I finally began to figure out how to hold my own in a conversation. I even became somewhat witty when people teased me. I was very nice and a pretty good listener so I had quite a few friends. I considered a person a friend if they were nice to me. No one really invited me to parties or such. I think they knew I wouldn’t be into that sort of thing. Socially awkward remember.

Don’t get me wrong. I was flattered any time a boy showed interest in me. In fact I’m afraid my constant telling them, “No,” might have made me seem like more of a challenge. I’m not sure. But I will say that I stood my ground. I didn’t need a boyfriend. I was pretty proud of my ability to snub them. Some reason there was some feeling of power in the ability to say, “No.”

In High School I was finally beginning to realize what it meant to live for God.

I realized the depth of my childhood sins when I was 10. To some people my sins would be considered small. I lied. I stole something from the refrigerator before. I wasn’t always nice to my siblings. (Do not ask my brother for examples.) I hid the truth.

I wanted attention in school and had lied thinking that kids would like me better. I had even gone forward to be baptized without really accepting Christ as my Savior. I was guilty. I wasn’t even willing to admit my sins to my parents. I remember my stomach would hurt from a guilty conscience.

Then at Church Camp when I was 10 years old, I got my life right with God. After a long line of kids gave their testimonies. That feeling of guilt weighing on my mind when my friends tried to get me to give my testimony was the worst feeling I had ever experienced. As we walked to the cafeteria, I told my Dad that I wanted to talk with him.

He told me we could talk after lunch. So after the longest lunch in my life, we went and sat on a bench under a pavilion. I told him that I wanted to be saved. He read me the Bible passages that showed me that I was a sinner and how Jesus died on the cross to take the punishment of my sins. All I needed was to repent of my sins (tell Jesus that I was sorry and really mean it.) I accepted Jesus as my Savior right then and there. I am so glad I did.

After I was saved I chose to be dedicated in following Christ. It took me a couple of years to finally understand what it was God wanted me to do.

You can have a happy marriage even after having made a lot of mistakes but it can be so much harder. Sometimes it is almost impossible.

This is Day 7 of 31 Days Building Commitment based upon my book Don’t Quit: Build a Legacy of Commitment.

In the next couple of days I will be sharing about the struggles and challenges I faced with commitment once I entered college. I also will have a guest post by my husband about what life was like for him as a teenager and his commitment before marriage.

7 Replies to “Commitment for the Single”